As a child growing up in Cyprus and Dubai, Fouad got into waterskiing, snow skiing and a good number of water sports. What started out as fun pastimes have now become a way of life for him. A natural adventurer he is always on the look out for the next exciting activity to take part in, be it white water rafting or kite surfing which he got into while living in Dubai some years ago. Now living and working in Kenya, Juez has found a way to share his passion for extreme sports with the world.

“I first kitesurfed in Kenya after having moved here in 2010. I was amazed by the conditions, the beach, and the consistency of the wind. Since then, I just kept coming across one extreme sports opportunity after another,” said Fouad.

While on a visit to Zanzibar where he was dead set on kitesurfing at Paje, a famous kite spot on the East coast of the island, Fouad learned to scuba diving at the urging of his girlfriend, herself an avid diver, when the wind refused to cooperate.

“It was one of the best decisions of my life. During those few days in Zanzibar, I had the opportunity to dive in Mnemba, an atoll in the North of the island which is adjacent to a major ocean corridor that massive fish, whales, and sharks use a migration route . The particular dive was like being in a dream, I felt like I was weightless on a distant planet, surrounded by hundreds of thousands of creatures from minuscule to massive,” says Fouad who now firmly believes that Africa is the world’s best kept secret when it comes to extreme sports.

Before Africa Insight, Fouad worked as video journalist at Reuters where he filmed, wrote and directed shoots in Middle East and Africa often under harsh unpredictable conditions. These experiences served him well when he moved to Africa Insight as creative director. He has produced the sports lifestyles shows like BAQE which, with its fast paced, engaging and dynamic content made turning his lense to more extreme sports an easy and inevitable jump.

“One day, Michelle Morgan, an old friend of my business partner and revered Kenyan TV presenter walks in. Young, enthusiastic, ambitious and an avid extreme sports fan herself, she comes to us with Julie Wahome, the founder of East Africa’s extreme adventure portal Extreme Outdoors Africa and says, ‘Guys, let’s do an extreme sports show, and I’ll host it!’ The fuse was lit.”

Producing XOA give Fouad an opportunity to share his passion for extreme sports with other Africans, to introduce them to these “ incredible, fulfilling and life-changing activities” that are often right at their door step.

So far it has been an exciting ride not without some resourcefulness thrown in for good measure — the team has had to adapt their equipment when shooting scenes like the episode with Bennie abseiling on Table Mountain or whitewater rafting scenes on the Zambezi River. As always, the awesome scenery like Victoria Falls, Table Mountain, Mount Kilimanjaro, Lamu, the Nile and inspiring people they meet are what make the show memorable.

Wandile Msomi, a skateboarding entrepreneur in Johannesburg, to Alastair Sayer, a Freestyle Motocross World Record holder from Botswana, to Teddy Ndaro, Kenya’s Sailing champion and aspiring Olympian are just some of the people whose talent and grit left a lasting impression on Fouad. As for the presenters Michelle and Benni, Fouad has enjoyed watching them learn and develop their skills over the season especially Benni who came on as the resident rookie in training.

“They have definitely grown. Michelle is more eager, more courageous and hungrier to experience more extreme adventures. Season 1 has definitely turned Benni into a convert and he’s started incorporating the extreme lifestyle into his own. It gave him his first taste of adventure and he is now pushing his friends and family to try things out,” he says.

This is exactly what Fouad and his team had hoped for and they look forward to pushing poor Benni even further and harder in season 2 which Juez promises will be even more exciting:

Be sure to catch XOA season 2 on Kwesé TV! 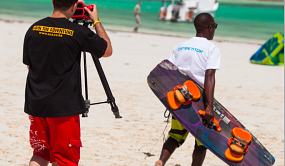 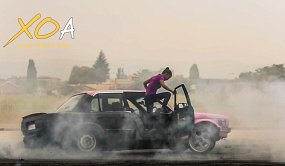